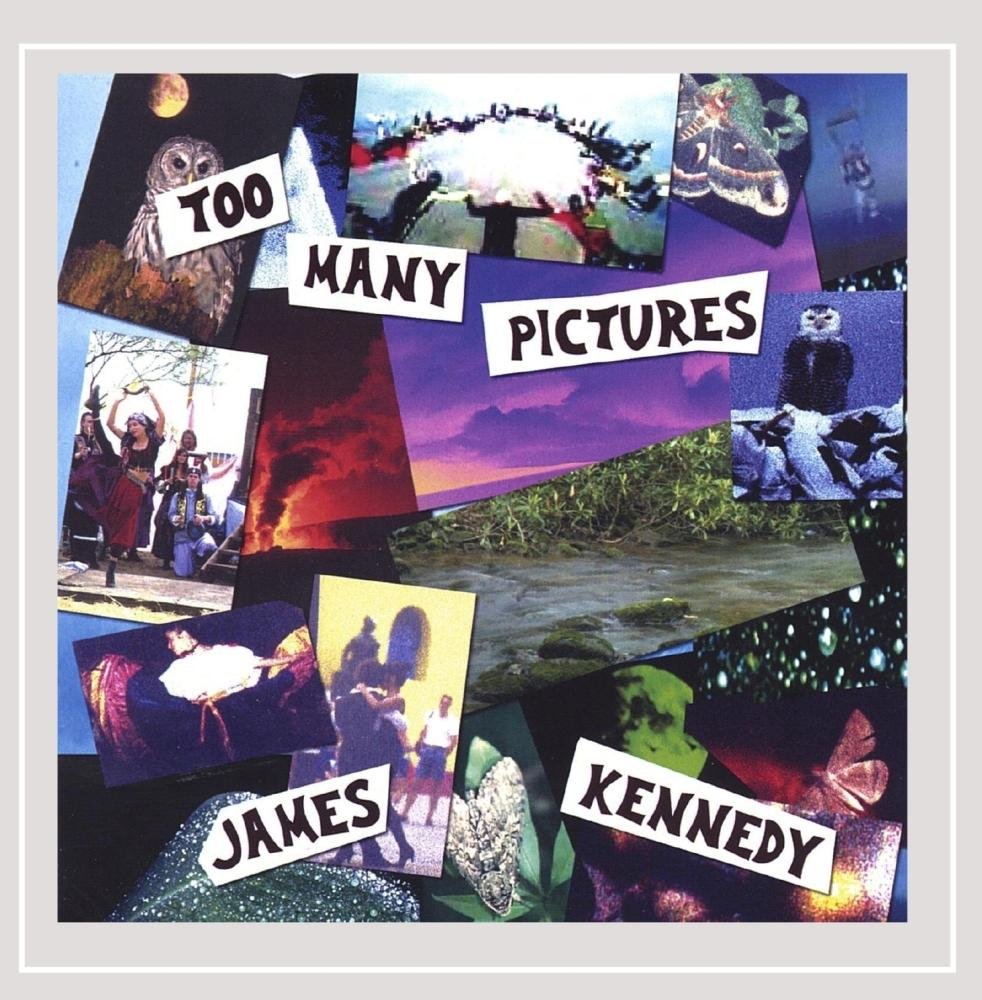 Too Many Pictures by James Kennedy

James Kennedy began his musical studies in his local school?s band program. He credits those early teachers with laying a solid foundation of musical knowledge. After a few years in the band program he met his true love, a 6 string ?Harmony? guitar. He learned chords and songs from the radio and soon was ?cutting his chops? in a succession of rock and blues bands, playing 4 or 5 nights a week even though he was still in school. In his ?spare? time he was also studying folk music and working in a variety of recording studios across the Midwest. His first solo release ?Just Bein? Natural? with Union Street Productions was a folk guitar/vocal album. He toured in support of this album until he went to college. During his undergraduate work in music composition with internationally known composer Alf Houkum, he also studied jazz, world music, arranging, and more. Many of his big-band jazz compositions have been performed by several world-class bands. After his undergraduate training, Jim did graduate work at the University of Iowa with Dr. Richard Hervig and Dr. Tom Davis, among others.

His jazz and blues training were clearly evident on a recording he did for Matthias Winckelmann of Enja Records which was a very popular release in Europe for many years.

In 1986 he and Catherine formed Heart Consort Music. In the intervening years, James has released 9 albums in a variety of styles, ranging from folk/acoustic to rock/fusion , jazz and world music, and more. These nine releases have received international radio airplay, distribution and exposure. James has written music for various independent film and video projects and his music has been licensed by 3M, AEI, Bravo, Disney, The Discovery Channel, PBS, DMX, Muzak, Playnetwork, and many others.

He tours nationally and internationally on a regular basis.

Search All
The impact of Hurricane Ida has caused hazardous conditions across Louisiana. Expect service delays in those areas. See details ›

Save up to 30% on innovative lab products

Save on service plans for COVID-19 vaccine freezers

Save up to 50% on your next qPCR device